I feel like that to write article is for the first time in several years.

Before, I use 'WordPress' as blog system, but it was not interesting for me.
then, I constructed by myself them.

My old system is below. 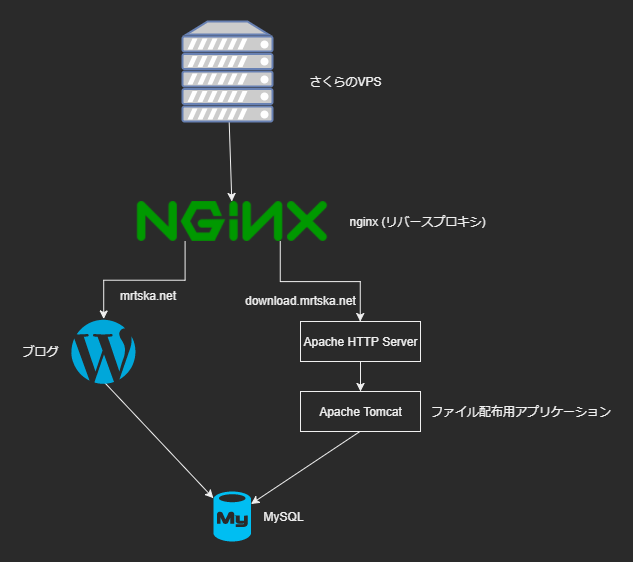 Access the Wordpress via nginx, it is very ordinary structure as I know.

I used nginx as reverse proxy because I want to run other application.

Someone thinks "Tomcat is old". me too.

But, I choose the Tomcat because I wanted to write the server side with Java three years ago.

"download.mrtska.net" was distributing my Minecraft mod, and counting download.

Time passes, I got tired to manage this system.

Then I started to develop "New System" without WordPress.

New system configurations are below. 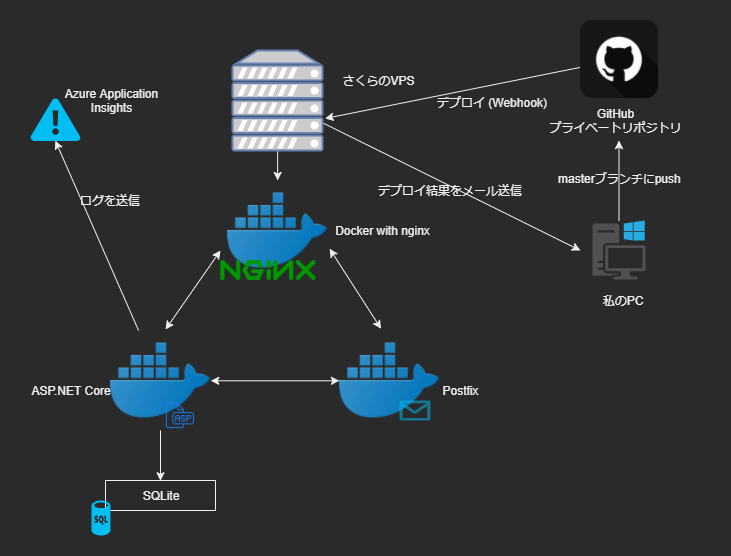 Although main application is running under the Docker.

Ubuntu is so much it does not matter.

If deployment is Bothersome, my development motivation is going down quickly.

I think that one of the reasons to retire WordPress.

I developed new system with ASP.NET Core instead of WordPress.

My C# experience is gained by NicoNicoViewer.

I thought It was just time to use ASP.NET Core.

This application including some feature.

Internationalization is not required for usual blog, so I implemented to study English.

Docker is never holding some log data. Therefore, I decided to use Azure's service.

Running all application on Azure is very easy.

But, sakura VPS's price is better than Azure VM.

so, I use only logging feature on Azure.

Official document and library is abundant.

At least, Official library provide Twitter authentication, GitHub Webhooks and more. It was only ASP.NET Core as I know.

To sign in this blog, need to 2FA with Google Authenticator. But no need to third party authentication library. It is very nice :)

I want to implement some feature.

I developed also Frontend application, but let's make it some other time.